Dr. Wise Young, founding director of the W. M. Keck Center for Collaborative Neuroscience and a distinguished professor, is recognized as one of the world's outstanding neuroscientists.

Dr. Young is committed to bringing treatments to people with spinal cord Injuries.  He built and trained a twenty-five center clinical trial network in China, Taiwan, and Hong Kong where human clinical trials using umbilical cord blood mononuclear cells and lithium are underway.  In the initial results from the Phase II trial in Kunming, China, 75% of the participants (15 out of 20) recovered walking with a rolling walker.  He is establishing clinical trial networks in the United States, Norway, and India and will start Phase IIB Trials in 2016 and Phase III trials in 2017. 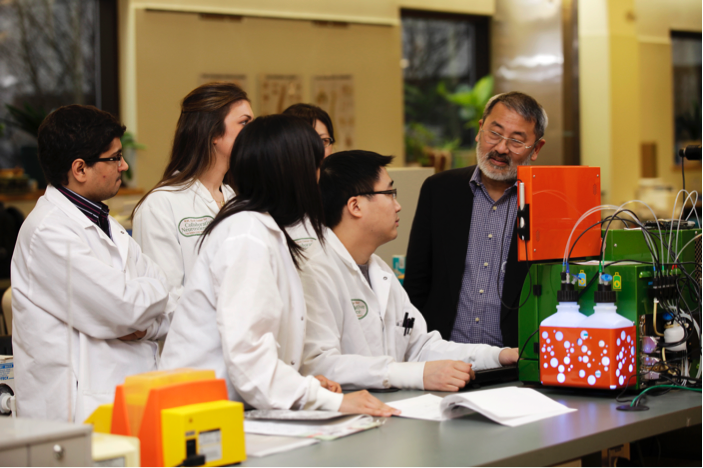 Dr. Young founded and served as editor-in-chief of the Journal of Neurotrauma.  He organized the International and National Neurotrauma Societies as forums for scientists to collaborate on spinal cord injury and brain research.  He served on advisory committees for the NIH, National Academy of Sciences, and NICHD, and on many spinal cord injury advisory boards.

He was awarded a Bachelor of Arts degree from Reed College, a Doctorate from the University of Iowa and a medical degree from Stanford University.  After a surgery internship at New York University and Bellevue Medical Center, he joined the neurosurgery department at NYU, and he became director of neurosurgery research.  In 1997, he was recruited to establish a world-class neuroscience research center at Rutgers, The State University of New Jersey.

Dr. Young is in high demand as a speaker at scientific conferences throughout the world and when media are in need of expert knowledge.  He has appeared on ‘20/20’ with Barbara Walters and Christopher Reeve, ‘Today’, with Katie Couric, ‘48 Hours,’ ‘Eye-to-Eye,’ Fox News, and CNN with Jeff Greenfield.  His work was featured in a Life magazine special edition, USA Today, and innumerable national and international news and print publications.  Some of his many honors include:  NIH Jacob Javits Neuroscience Award, Wakeman Award. Tall Texan Award, "Cure" Award, Trustees Award for Excellence in Research, Asian American Achievement Award, Douglass Medal for work with the advancement of young women in the sciences, and Elizabeth M. Boggs Award for service to the disability community.  He was the first researcher elected to the Spinal Cord Injury Hall of Fame.  Dr. Young received The Hope Award – A Salute to Research Innovation, the New Jersey Educator of the Year Award, the Caring Heart Award and the Motolinsky Foundation Distinguished Citizen Award.  He was selected as the McGowen Distinguished Lecturer.  Recently BioNJ recognized Dr. Young’s unique contributions by presenting him with their Patient Advocacy Award.   In 2006, the Richard H. Shindell Chair in Neuroscience was established at Rutgers University and Dr. Young was named as the first person to hold that chair.  In an issue devoted to cutting edge work in science and medicine, TIME Magazine named Dr. Young as ‘America’s Best’ in spinal cord injury research.