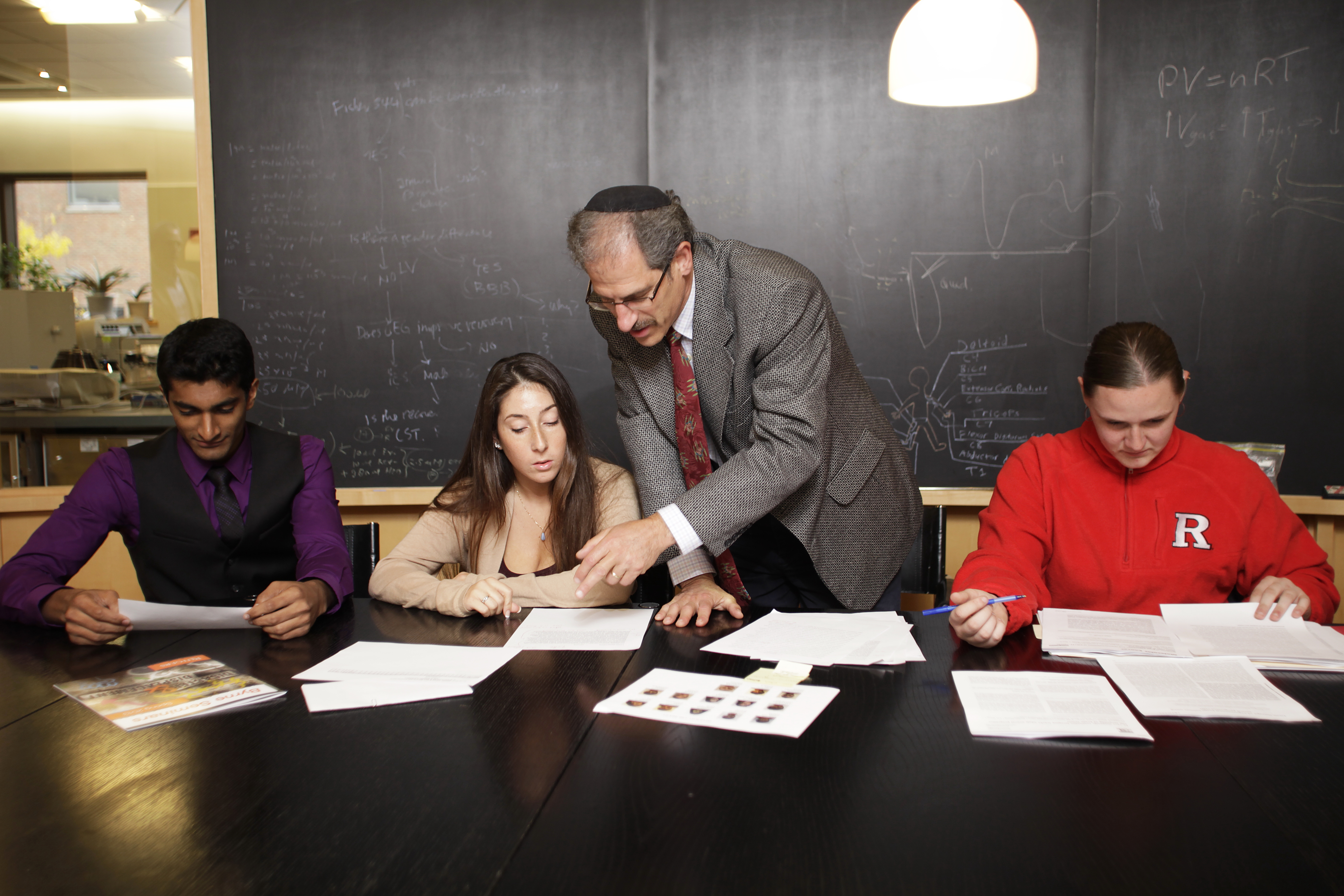 Dr. Grumet has purified and cloned several cell adhesion molecules including the first heterophilic cell adhesion molecule (CAM) that mediates interactions between neurons and glia, first called Ng-CAM, now known more widely as L1. He discovered a related CAM in the L1 family called Nr-CAM and elucidated the interactions of these CAMs with proteoglycans, which inhibit adhesion and cell signalling. These CAMs play critical roles in nerve development and brain function and have been implicated in human diseases such as X-linked hydrocephalus and addiction. Dr. Grumet has also applied his expertise in cell adhesion and extracellular matrix proteins to problems in brain tumor biology, multiple sclerosis and SCI research.

His lab isolated in the W. M. Keck Center for Collaborative Neuroscience found that MSC, which are anti-inflammatory, improved recovery after SCI. Hundreds of clinical trials have demonstrated that human MSC are safe. MSC are being tested in a wide range of acute and chronic applications ranging from SCI to COVID-19 but there are few approvals so far for clinical use. Dr. Grumet’s group studied >1,000 MSC clinical trials and found that almost half were administering MSC intravenously. This mode of delivery is the most convenient but more than 95% of MSC get trapped on first pass through the lungs and their fate is unknown, which necessitates the use of very large, and often repeated, cell doses at great expense. To avoid these problems, his lab encapsulated MSC into microspheres, which maintains the cells within the capsules and prolongs their survival in vivo while providing sustained and extended release of secreted factors. Implantation of MSC capsules improved recovery after SCI with >5-fold lower doses. Dr. Grumet is continuing to study MSC in human clinical trials.

Dr. Grumet’s lab has continued working with MSC capsules and has tracked them over time by MRI imaging, showing that they remain close to sites of injection. He has retrieved them from the body demonstrating MSC survival and continued secretion of anti-inflammatory factors 2 months after injection. The capsules serve as a barrier, which protects the encapsulated MSC from rejection by the host while allowing molecules including cytokines and growth factors to be secreted into the host to improve recovery from SCI. The therapeutic potential of these immunomodulatory treatments is currently being investigated for other disorders such as sepsis. Most recently, Dr. Grumet has been studying MSC.

Dr. Grumet obtained a BS degree in Physics from the Cooper Union and a doctorate in Biophysics from The Johns Hopkins University. He was a postdoctoral fellow at the Rockefeller University with Nobel Laureate Dr. Gerald M. Edelman where he was appointed Assistant Professor in 1984. In 1990, Dr. Grumet moved to NYU Medical School as Associate Professor. In 1999, he was appointed Professor of Cell Biology and Neuroscience at Rutgers University and joined the W. M. Keck Center as its Associate Director. In 2002, he became Director of the W. M. Keck Center of Collaborative Neuroscience. Dr. Grumet co-founded the Rutgers Stem Cell Research Center of New Jersey with Dr. Wise Young in 2007. Dr. Grumet has lectured widely to lay and scientific audiences in the US, Canada, England, France, Germany, Israel, China, and Japan.